New Rochelle, New York is a small city about 25 minutes north of Manhattan.  My family has called it home for many years.  I and my wife attended the local public high school pictured below. 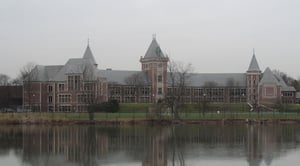 After the Coronavirus outbreak, New Rochelle gained notoriety it had not had probably since the Dick Van Dyke show took place there in the 1960s.  It was the location of the first major cluster of the virus on the East Coast. Over the past few weeks one of our high school classmates, the city’s mayor, Noan Bramson, gained national fame by appearing on just about every major national news program as the go to spokesperson for the first quarantine and national guard deployment in the United States during my lifetime.

Although I had flown up from Naples, Florida to spend spring break with my family at our New Rochelle house, our plans quickly changed.  When we heard that part of the town was being quarantined, the National Guard was being called in, and that the boys were not going to be heading back to school after spring break, our family headed to a remote part of the Adirondacks making sure we had ample food, toilet paper, and, perhaps most importantly, internet and telephone connectivity.  Traveling back to Naples was not an option given that I was not inclined to get on an airplane, and, given that I stopped briefly in New Rochelle which had been in the news daily, no one at the Naples office was comfortable about me coming back.

So, I worked through this first phase of extreme market volatility from a remote office that was fully functional.  As prices for many assets from equities to muni bonds to even gold and United States treasuries sold off, I thought a lot about the title of Seth Klarman’s famous book on investing, “Margin of Safety.”  Seth Klarman is the founder of Baupost Group, a $27 billion dollar Boston based hedge fund that specializes in value investing.  The Wall Street Journal claims the firm has returned approximately 19% per year since 1982.  He is also well known for his seminal work on value investing mentioned above.  The book had only one printing of 250 books in 1991, copies of which now sell at exorbitant prices in the after-market.  Copies in new condition are often sold for more than $3000 on eBay. 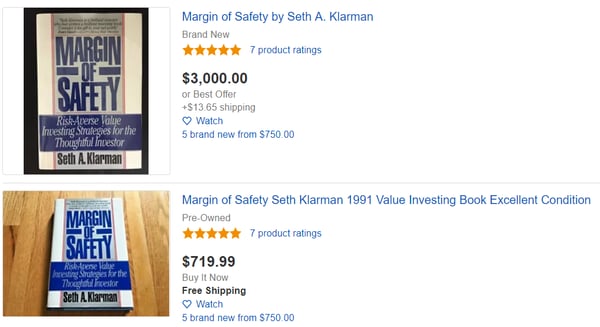 One can get a great deal out of what is inside the book by merely focusing on the title.  When making an investment, the book explains, it is critical to have a sufficient margin of safety.  Mr. Klarman argues that investments should be made only when even under assumptions that are far more negative than anticipated positive returns can be expected.

In our opinion, this is something that has been in short supply in asset pricing over the past few years, until recently.   Surely one cannot expect to wait around for investments that will perform well even in the face of a rapid 20-30% decline in economic activity such as we may be seeing now due to the nationwide Coronavirus outbreak.  However, many assets our research team has not favored, particularly equities, did not have much of a valuation margin of safety even for a shallow slowdown.   As shown in the chart below, on at least one measure, at the recent peak stocks were nearly as expensive as they were during the dot.com boom of the late 1990’s, as our Co-CIO Lewis Johnson wrote about in late February, seemingly an age ago. 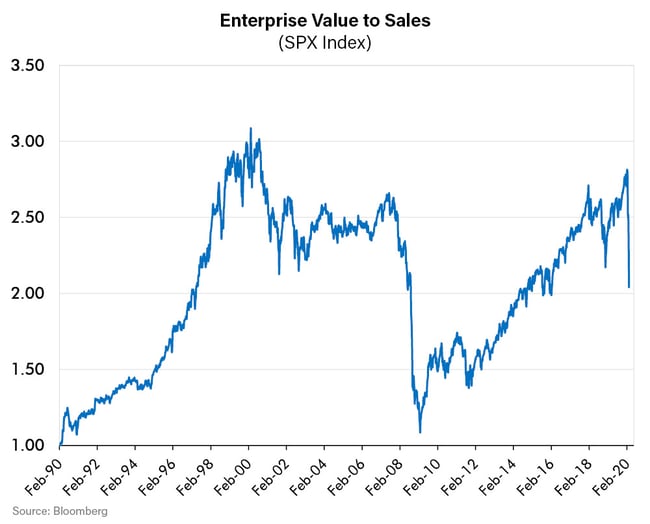 Nothing going wrong seemed to be priced into too many securities.  Well, something appears to be going wrong now.

Seth Klarman style value investing has been frustrating.  Over the past five years our research team has been able to find what it thinks are substantially undervalued stocks as well as what it thinks are durable growth stocks at reasonable valuations.  However, it has not been easy.  We believe that the very best values may present themselves in a market correction.  Therefore, times like these are when value managers get excited.  This is their time to shine.

However, a good value investor should always be cautious and careful.  I recall vividly the 1998 Long Term Capital Management market panic at the very beginning of my career.  At that time the hedge fund I worked for found unbelievable bargains.  For example, there were several Australian mining companies that were liquidated in the panic of that crisis.  We did the math on their value and found them to be trading at less than the net cash they had on their balance sheet while their operations were profitable even at the then current deflated commodity prices.  The fund took positions in those companies with vigor.  Unfortunately, some of these investments declined another 50% before eventually bouncing back and realizing the value that we had originally identified. In a liquidation, valuation may not matter in the short term… even with an ample and obvious margin of safety.   So we approach investing in such a market with caution and try to use our indicators to understand the cyclical change under way.

What We Are Looking For

With the above in mind, we are compiling our shopping list.  Every day it grows.  On it are companies we believe have a history of strong operational performance and capital discipline with strong balance sheets trading at low valuations - valuations that we believe are low enough so that even if our expectations for operational performance are disappointing, financial results would still be sufficient to support that valuation, in our opinion.  Of course, there are greatly heightened uncertainties today brought about by a real economy that has been disrupted in an unprecedented manner and a financial economy that has prodigious amounts of debt.  We are also seeing surprisingly robust central bank intervention, unknown derivative exposure as well as a massive rise in government support.  So, in this situation we need to stress test earnings and cash flow models and have confidence they can withstand an extreme downturn that hopefully will not come to pass.  If we can find companies we like with high dividend yields, we could lock in good capital appreciation potential and income like we haven’t been able to for many years.  We have long looked forward to such a day, when we can aggressively place capital at risk in conditions that reward it.  Our message has been cautious recently, but it may not stay cautious forever.  Not with potential bargains beginning to appear.

How We Are Looking for Value

As usual, we are using all the tools at our disposal to put our shopping list together.  Forty plus years of investment experience in our research team gives us a long list of companies that we have studied and with which we are familiar.  Experience also gives us a deep rolodex of industry colleagues who we get ideas from.  We are also firing up our quantitative screens to identify new prospects.  In situations such as this, when securities reprice dramatically, screens can be particularly useful in flagging good values even on securities we know well but might not have had time to remember to examine amongst the tumult of hectic news flow and Costco toilet paper runs.

Recently we screened all companies of greater than $200 million market capitalization that trade on United States and Canadian exchanges.  The criteria we used was a dividend yield of greater than 4.5%, operating cash flow for the past 12 months that exceeded dividend payments and capital expenditures by at least three times and debt to capital ratios of less than 10% (except for regulated utilities and pipelines).  This list has uncovered a surprisingly robust number of names of stocks we are familiar with and many new ones.  Of course, given the substantial uncertainty of the extent of the economic damage that has been done and how long it will last, we will not be rushing out to buy these names without delving into each name carefully.  We know that we must be vigilant about maintaining a margin of safety.  So, we are sharpening our pencils and stress testing our models.  How much earnings will regulated utilities lose if electricity demand declines 20%?  How much might an oil driller be able to cash flow if the rig count declines another 50%?  Those, and many others, are the types of questions we are attempting to answer.

So, what is on our shopping list?  There is a surprisingly diverse set of companies, as well as some sector themes, that we are following and will likely be investing in when timing and pricing permits.  Examples include ideas such as a restaurant company with little debt and a powerful brand sporting a substantial dividend yield, an educational book publishing company that may be benefiting from the virus due to massive growth in online learning.  It likewise has little debt and a large dividend payout.  Also appearing on our list are auto parts companies that historically thrive in economic downturns.  They have rarely been this cheap and are trading with high dividend yields.  There are many other such examples.  There are also entire sectors that we have liked for a long time that may be investable at valuations and yields that could not have been imagined only a few months ago.  Utilities, pipelines, tobacco and consumer staples companies are a few we are actively studying and monitoring.  Certain Real Estate Investment Trusts (REITS) with low leverage are finally getting interesting as their prices have declined.  Natural gas may in fact benefit from the carnage in crude oil prices.  There is literally so much research shopping to do!  And it’s exciting in a way we haven’t seen in years.  Those are the future fruits of today’s downturn: better long-term risk adjusted investment returns. We are not sitting sheltered in place by our quarantine orders lamenting the good times that have seemingly disappeared into an uncertain future.  Rather we are excitedly filling our shopping list as the market may be giving us the bargains we have longed for.  This is the time when value investors can really shine… or at least be protected by a substantial margin of safety.