The Difference Between Brains and a Bull Market

Coach Nick Saban’s success at the University of Alabama shows that disciplined processes win championships. In our opinion, investing is no different.  Investment returns are something that you earn later, only after you take the risk.  Our research process is relentlessly focused on understanding the difference between good risks and bad risks.  Identify and take the right risks, assemble them thoughtfully into a portfolio and then be patient.  That’s our investment process. 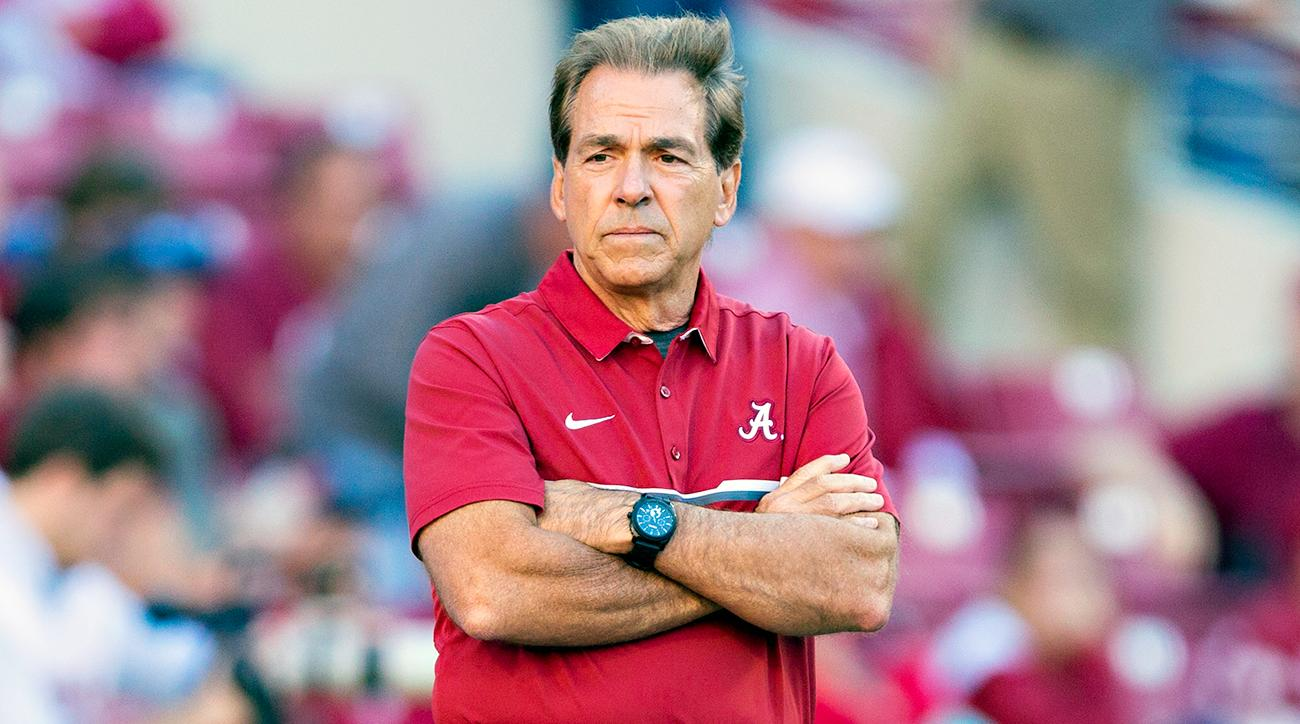 "Focus on the process of what it takes to be successful. Focus on the things that you can control. Focus on doing your job at the highest possible level, every single play, and the wins will follow. The more one emphasizes winning, the less he or she is able to concentrate on what actually causes success. A good process produces good results.” -Coach Nick Saban

Coach Nick Saban has led the football team at the University of Alabama to five national championships since he joined the program in 2007 after winning his first championship at LSU.  The Alabama program, known affectionally as the Crimson Tide, is one of the most dominant in the entire history of college athletics.

I grew up in Alabama so it’s with much pride that I say, “Roll Tide!”  I came of age during the era of another Alabama football legend, Coach Bear Bryant, with whom Saban is now tied for the most college football championships ever.  Remarkably, Saban got there in less than half the 25 years it took Bear.  Saban is not done yet.

What is his secret?  Watch the video to hear Saban’s first news conference at Alabama, where he outlined his process-driven framework to build a championship team.  He has executed well on that plan.

Even Coach Saban’s dominant program doesn’t win championships every single year.  The teams that he has coached for the University of Alabama have “only” won championships half of the time.

So at least half the time, the disciplined application of his process did not win championships.  Coach Saban knows that, and should one season his team fall short, it does not represent the failure of his process.  It does, however, reflect the reality that – in football – you can’t create outcomes.  All you can do is prepare for success by perfecting your process so that you maximize your chance of winning each game.

In our opinion, investing is no different.

Our firm too, seeks to win championships in the markets for our clients.  There may be years that we do and years that we don’t.  Ultimately, our team – just like Coach Saban’s - cannot control the outcome.  We can, however, control the process and work to constantly improve it.

The best path to investment success, we believe, is to understand the difference between good risks and bad risks.  Get that part right and the returns should take care of themselves.

Bitcoin is an illustrative example of what we consider to be a bad risk.  We have just witnessed an historic event in Bitcoin.  Bitcoin’s crash is one of the most profound collapses in the entire recorded history of the financial markets.  This most recent disaster is comparable only to those famous collapses of history such as the Dutch Tulip Mania in 1637, the 1720 South Sea Collapse in England, and our own more recent Tech Bubble of 2000. 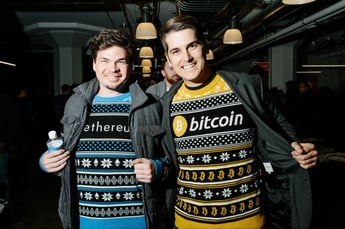 So often fate delivers with unfailing accuracy a hallmark of the top in speculative manias.  This time was no different, thanks to the ironically titled New York Times article “Everyone is Getting Hilariously Rich and You’re Not.”   Below I present a chart of the peak of Bitcoin, the article that memorialized it, and the subsequent 80% collapse from peak to trough in the price of Bitcoin. 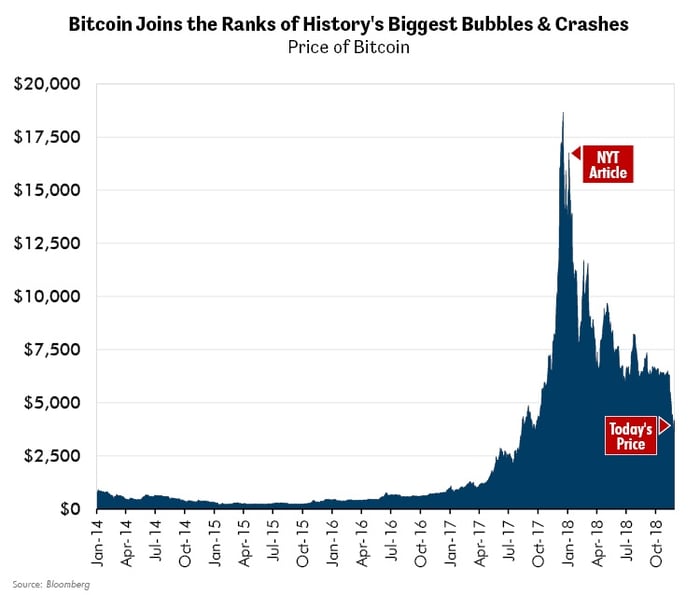 To us, Bitcoin, by its very nature is impossible to value.  Bitcoin produces no stream of cash flows.  Unlike gold, for instance, Bitcoin even lacks a long-term trading history and no precedent as a store of value.  In short, Bitcoin has so far defied our ability to handicap either its upside or its downside.  Until we can have confidence in estimating upside and downside, Bitcoin will remain something in which we are not active.  This process excludes Bitcoin’s consideration until we can reliably solve the riddles above.  This is just one example of the discipline of our research process at work as we try to identify the risks worth taking, those whose returns we believe outweigh their risks.

In many speculative markets, the discipline of avoiding bad risks often comes at the price of underperformance.  The iron cycle reaches its zenith with a euphoric herd of speculators rushing heedlessly to take risks that disciplined investors avoid.  As the New York Times’ ironic timing so eloquently suggests, the cycle is endless.

Any thoughtful investor should survey the historic collapse of our cycle’s speculative Bitcoin mania and wonder about its repercussion for the broader markets in which Bitcoin is imbedded.  My experience is that it’s prudent to move proactively to make portfolios more defensive when a cycle’s speculative leadership collapses, since this may be a sign that risk-taking appetite is falling.  This is another part of our disciplined process.  This is a key reason why our portfolios contain a growing allocation to the safest bonds we can find.

“It doesn’t matter what you are ranked until the end.” -Nick Saban

The Bitcoin debacle is instructive.

In the late innings of a raging and risk-seeking bull market, the general rule is that he who takes the most risk wins.  But is the proof of “success” really in the winnings?  What about that “proof” when such winnings hemorrhage into losses?  Is there a more profound predictor of investment success?  We believe that there is, and that is a disciplined investment process.   We never forget that returns are something that you earn later, after you take the risk.

Our investment process is grounded on disciplined risk taking.  This leads us to pass on what we consider to be bad risks.  Bad risks are those whose downside we cannot estimate with confidence, and whose upside – the return - seems to us to offer insufficient compensation for running those risks.

The waning days of an extended market upcycle are the window in time when valuation-driven investors feel the greatest pain of discipline.  After all, it is at such times, as the New York Times Bitcoin article noted, that “Everyone is Getting Hilariously Rich and You’re Not.”

Often for the less disciplined it is only when it is too late, such as after Bitcoin’s 80% crash, that mournful speculators see gains turn to losses.  Such overnight destruction hints at a deeper truth: their former results were not driven by a superior process, but rather by undisciplined risk-taking.  Ask any Bitcoin “investor” over the last year what this feels like.  They could tell you.

If you, like me, watch the Crimson Tide’s games with enthusiasm, next time you do, take a moment to consider the disciplined process that drives the championship outcome you see.  The success comes from the process, which is a lesson that all investors should heed.