We wanted to take a different tack in today’s “Trends and Tail Risks.” We are taking a step back from our typical investment focus and thinking about the big picture of what investing really is and how change creates opportunity. If there is anything about today’s environment that reasonable people can agree on, surely it must be that changes are taking place in our economy at an unprecedented rate. While this is creating intense challenges that are obvious to see for some businesses, we think it is also creating more subtle yet potentially profitable opportunities for those who can identify them. This week we will also explore some of the darker moments of history, to see that there are noteworthy examples of challenging times yielding to a better day. It is these instances that give us hope for the future. 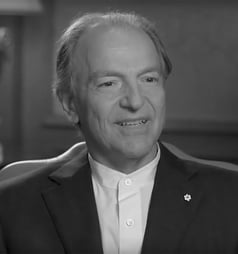 I have always admired the perspective of Pierre Lassonde, the co-founder of gold royalty company Franco Nevada (FNV). Pierre once told me how he thought about the equity market, namely that equities were the junior tranche of civilization. I think what he meant is this: equities progress over the long run powered by the advancements that drive humans forward. I believe this is the reason the equity market has outperformed over the long run, because it both funds and benefits from human progress. For this reason, we believe that investors should always have some exposure to equities within a well-diversified portfolio, even when the outlook might seem terrifying.

Think back on all the waves of innovation from which mankind has overcome challenges and civilization has thrived. These advances have largely rewarded those that took the risk of investing in an uncertain future. Many of those that identified early, and rode these waves correctly, profited from their insight. Just a few of these are noted below:

This history is worthwhile to remember as we survey today’s troubled world. It is not hard to come up with a list of alarming things going on in the world:

Despite these very real challenges, there is always hope – and change that creates opportunity. My love of, and deep study of, history should be no surprise to frequent readers. I take comfort from its lessons. I was thinking recently about some of the pivotal moments in history – instances that were make or break for civilization – and by proxy – the equity market that is the junior tranche of its capitalization structure. What was clear to me in each instance was two things. First, how very dark the current day looked to those at that time. Second, how different the future that awaited them would be versus the depth of their despair. It really helped me put things into perspective. Maybe you will find solace and inspiration in them too. 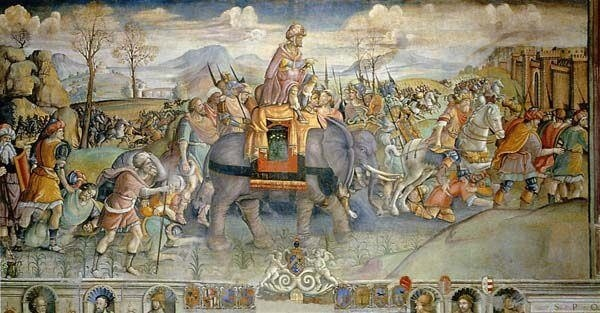 “Great empires are not maintained by timidity.” - Tacitus

Hannibal at the Gates of Rome

I thought of how dark the days were through which Romans lived during Rome’s fight to the death with its great enemy, Carthage. Perhaps the darkest of these came at the hands of Hannibal Barca, Carthage’s feared and legendary general. He famously took his troops – including elephants (!)– over the Alps in one of history’s most remarkable feats. Hannibal won battle after battle in the fifteen years that he marauded unchecked in Italian territory.

Perhaps the very nadir of this experience for Rome came when, after many victories, Hannibal appeared at the very gates of Rome (see image above). Terrified Romans huddled behind their walls as the enemy circled them unopposed outside the city. Roman parents had long silenced their misbehaving children with the threat of “Hannibal ad portas” (Hannibal at the gates). Now it was real. They too, and not just their children, must have trembled at this bitter truth. Yet, if they had only been able to see what the future would hold for Rome, it’s likely they would not have believed it.

The unexpected truth was that Hannibal’s strength had already peaked. He would never breach the walls of Rome. In fact, Rome would win the war versus its epic adversary Carthage, and literally wipe it off the map. Roman civilization, and its successors, would rule the world for the next 1,000 years. That would have seemed a crazy thought to ponder with Hannibal threatening the gates of Rome. 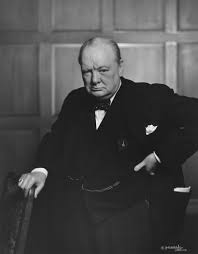 Another more recent example came to my mind from a dark moment of World War II. This global conflagration claimed an estimated 85 million lives, killing one out of every 33 people in the world. I thought back to what might have been the darkest point of the whole war: The Battle of Britain when the island nation stood alone versus a Nazi aggressor that had crushed – in days - all of Europe.  Winston Churchill inherited the role of Prime Minister and was thrown immediately into the crisis of the Blitz, as Britain was pounded by thousands of Nazi bombers. Everything stood in the balance in the air war because Britain would surely be invaded if the Nazis could win air supremacy.

The nadir of this crisis was September 15, 1940. Churchill was touring the 11th Fighter Group’s command center. The Nazis had just launched the largest attack of the war. Britain scrambled every single available fighter aircraft into the air to meet the threat. There were no more reserves left. Just weeks before, Churchill had seen the Nazis overwhelm the French when they too ran out of reserves. Would Britain share the same fate?

Just one more wave of Nazi bombers would have caught British planes refueling on the ground and handed them a crushing defeat, opening the door to invasion. Churchill would describe those minutes as some of the most harrowing of his long life.  He would later reflect on this experience saying, “The odds were great; our margins small; the stakes infinite…what a slender thread the greatest of things can hang by.” Of course, as we know now, Britain would survive and even triumph. Churchill would be named by Time Magazine as the “Man of the Century.” It would be an unbelievably bright future that even Churchill, in his darkest hour, could scarcely have imagined.

“Change is the investor’s only constant.” - Thomas Rowe Price

In Conclusion: Change and the Opportunity it Brings 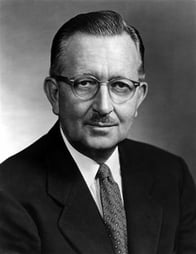 T. Rowe Price, the founder of the firm that still bears his name, was one of the first modern growth investors. He recognized that change was good and worked hard to profit from it. He succeeded! When I survey today’s world, I believe that we should be inspired by his example.


The best way to think about this, in my opinion, is to consider how the world is changing, and the opportunities that change creates. I outlined some historic examples of harrowing challenges, each one of which dawned immeasurably brighter than anyone could have contemplated just a short time earlier. These changes give me hope that we, as a civilization, will overcome today’s challenges just as we have profitably overcome so many prior ones to progress as a people. It’s probably no exaggeration to say that a full decade’s worth of changes is taking place in weeks – or even days. Such examples are rare. We can either rise to the occasion and overcome these challenges or watch them pass us by. As a research team, we plan on doing the former, as we outline below:

Our research team has already identified these as opportunities and invested accordingly. However, our work never ceases to be done. In a time of such profound and fast-moving change there are likely an abundance of opportunities that we have not yet uncovered. Our pledge is to do our very best to find them.