We agree with Jude Wanniski that the single biggest determinant of our collective economy’s success in the future may come down to how the electorate decides to treat wealth and income.  We believe these are the incentives that drive the economy and its productivity.  Consequently, it’s sobering to hear ever more shrill voices calling for higher taxes on both wealth and income.

"Come senators, congressmen
Please heed the call
Don't stand in the doorway
Don't block up the hall
For he that gets hurt
Will be he who has stalled
There's a battle outside
And it is ragin'.
It'll soon shake your windows
And rattle your walls
For the times they are a-changin'." - Bob Dylan

Am I the only one who sees in today’s headlines a clear trend underway in hardening attitudes toward the wealthy?  The dawn of every new day in our increasingly febrile politics seems to bring a fresh proposal promising higher taxes particularly targeted at the wealthy.  Frankly, they are coming so fast that it’s hard to keep up with them all.  Just in the last few days I have seen concepts floated like 70% marginal tax rates on the highest income earners, 2% annual wealth tax for those worth $50 million, and a more confiscatory “death tax” on estates.

The recent launch of many Democratic presidential candidates for 2020 may have been the catalyst for this tax arms race, with each candidate seemingly more committed than the last to tax the rich.  But make no mistake, such proposals are finding wide support.  For instance, a recent Fox News survey showed that 70% of Americans favor raising taxes on those earning over $10 million, including 54% support from Republicans!  I can’t help but think that re-distribution via higher taxes is the new trend.  And let me be very clear: I believe that it’s very early days in this trend.  I also believe that, if the electorate takes us down this path, we won’t like the results.

The good news is that the impact of this on the economy has yet to be felt.  Right now, these are only ideas.  Maybe (hopefully!?) these policies never find their way into law.  The bad news, however, is that investors know that markets look ahead in their constant attempt to price in the future.  When will the market in its wisdom discount this new trend?  If experience is a guide, then the correct answer may well be faster than most think.

“If the electorate is faced with contraction as a continuing condition, and no political leaders present a satisfactory alternative, the electorate can only pick and choose among varying [wealth] redistribution options.” – Jude Wanniski

The brilliant economist Dr. Lacy Hunt in his writing has made two important points on this topic.  The first is to illustrate that in recent years we have seen the lowest growth rates since 1790, which helps explain the backdrop for the recent explosion of interest in wealth re-distribution.  The second is to demonstrate that each additional $1 of higher taxes tends to destroy $2 to $3 dollars of GDP.  Higher taxes may be, literally, the worst possible thing for our economy.  So, it’s quite possible that the higher taxes for which so many are now clamoring may slow economic growth even further.

In the past this dynamic has led to a taxing spiral, where politicians seek another round of higher taxes to raise the funds they seek, which further depresses the economy.  Very self-defeating.  But even though there is widespread understanding that this is the case, the political zeitgeist to tax the rich seems more powerful now than at any time in recent memory.  Even if this experiment is ultimately tried and quickly abandoned, we may still have to live – and invest – through it.

If a new trend is starting, then the old trend is dying, is it not? Does history offer any guide to better understand this cyclical change?  We believe that it does, through the work of an earlier political revolutionary, Jude Wanniski, who in the 1970s was one of the fathers of “Supply Side” economics whose implementation reinvigorated growth by lowering taxes.

“History is not an unbroken advance of ideas…but rather a trial and error search by mankind for systems superior in the production of political leadership. From the dawn of civilization, the tension in any political economic unit and in the global economy as a whole lies between income growth and income distribution.” – Jude Wanniski 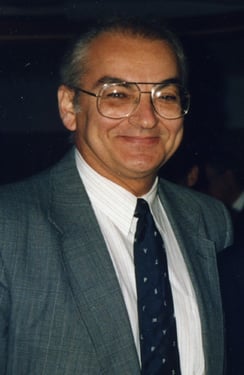 Jude Wanniski was a self-taught observer of the economic and political system during a pivotal time.  From 1972 to 1978 he was associate editor of the Wall Street Journal.  His perspective led him to found the consulting company “Polyconomics,” in 1978, signifying the interaction he saw between politics and economics.

Wanniski believed in the merits of tax cuts, lower trade barriers, the elimination of capital gains taxes, and the stabilization of currency values after the inflationary 1970s.  Much of his thinking was revolutionary at the time.  Wanniski’s view was that the political environment was ready to embrace what seemed then as radical, pro-growth measures after the dismal experience of the 1970s.

Jack Kemp, then a young Congressman in Buffalo, New York took up the cause.  His thinking was adopted by the Republican National Committee on September 30, 1977 at what was close to the low point for the Republican party, with only 17% of the electorate identifying as Republicans.  The secular bull market in equities would begin in the mid-1970s and enjoy a decades-long run with ever increasing valuations until it ended in 2000’s epic over-valuation during the Internet Bubble.  Many observers, rightly in my opinion, have named the reforms powered by his thinking as the foundation of that bull market.

The best single collection of his writings may be found in “The Way the World Works,” which he published in 1978, and was named as one of the 100 most influential books of the 20th century by National Review magazine.  His thoughtful book is one of the best I have ever read on economics.  Do yourself a favor and learn more about his thinking.  As you read it, ponder the question of whether you are now seeing a similar trend change, in the opposite direction.

Wanniski’s belief was that economic growth was maximized only when capital was maximized.  To him this meant lower, not higher, taxes.  The improvement the world enjoyed from its low point in the 1970s suggests to me that he was onto something!

He would be very circumspect about the outcome of declaring war on capital through markedly higher taxation.  Yet such seems to be zeitgeist right now, at least in the flurry of announcements in the last few days.  Big trends start small.  I think it unwise to dismiss the possibility of such a trend change.

When I survey the junction of politics and the economy for which Wanniski named his firm, the impression I get is that we may be witnessing the most public outburst of what has been, until recently, a trend change working mostly in the background.  In the 1970s, Wanniski identified a political hunger for change after decades of rising inflation and slowing growth.  This became what some called the Reagan Revolution.   His once radical views went viral and became what is the prevailing view held by many establishment thinkers and policy makers.  That is how we got here.  But where are we going?

The latest polls seem to suggest that voters may be sufficiently disappointed in the more than decade-long slow growth period – the lowest since 1790 - through which they have suffered since the beginning of the Global Financial Crisis.  Such is the sentiment even though by many measures, such as unemployment, the economy appears to be doing quite well.  If such is the tax hike fever now, how much worse may it become during any future recession?

Voters seem to be ready to embrace, if only in concept now, a willingness to experiment with higher taxes.  Wanniski would understand, because he viewed long-term progress as a cyclical process of trial and error, with voters willing to experiment to achieve progress and growth.  Not all the experiments would work, however.  Some would fail and prove to be expensive, time consuming mistakes.  But in time he believed that even their failure was a form of progress, because from the seeds of that disappointment, the desire for a better system could arise.  He thought global competition among systems would lead to a better, more efficient world.

We believe quite frankly that the single biggest determinant for our collective economy’s success or failure at least in the near term may come down to how we decide as an electorate to tax wealth and income.