Clear economic incentives drive superior economic outcomes. To me, this means less government intervention and meddling. Meddling in the monetary system has been rebranded as the more sophisticated “central banking.” But central banking has merely become the unlimited protection of weaker debts – at all costs. Overindebtedness is the problem. Commodities are the solution.

“It is the Castro equation, my friend. The later you left, the cleaner you were plucked.” – John D. McDonald’s “A Deadly Shade of Gold”

This weekend poolside I was re-reading one of my favorite authors, John D. McDonald. In his 1965 “A Deadly Shade of Gold,” McDonald wove with his usual dexterity a story about the murderous circumstances surrounding a former ally of Cuban strongman Batista who lost out in the Cuban revolution. The quote above prompted me to reflect on my long study of political unrest and revolution, and one of its most surprising discoveries. Namely, Ernesto “Che” Guevara, hero of the Cuban revolution became its central banker! Che’s photo (shown below) has been called the most famous photo of all time and has graced many a leftist T-shirt, coffee mug, and Twitter stream.

Castro explained the story behind how Che, unquestionably the world’s most interesting central banker, came to his unusual role. Late one night, Castro asked the circle of his fellow revolutionary comrades who was a good “economista (economist).” Che put his hand up. Castro replied “Che, I didn’t know you were a good economist,” to which Che exclaimed “Oh, I thought you asked for a good communist!” Nevertheless, Che was given the position.

Shockingly, the signature of this famous revolutionary on the Cuban Peso did not inspire confidence in its value, which would free fall in an almost total collapse. Che’s policy mistakes, including widespread expropriation of property, would combine to impoverish Cuba. Clearly from the cigar-chomping way he rocked the photo below, Che knew that image is everything in central banking. And it still is today. 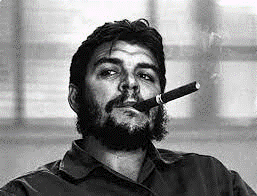 Che’s reign as central banker and policy maker drove ever more confiscatory and socialist policies, which halted all economic progress. Hence the iconic images of 1950s American cars that still own the roads in Cuba. The joys of Communism have failed to deliver on their promise not just in Cuba, but in every other place it has been tried. One of the longest such ongoing experiments has been in North Korea – pictured below in the primitive darkness of its night as seen from space. Look carefully and you will see this communist paradise as the dark void between China and South Korea. 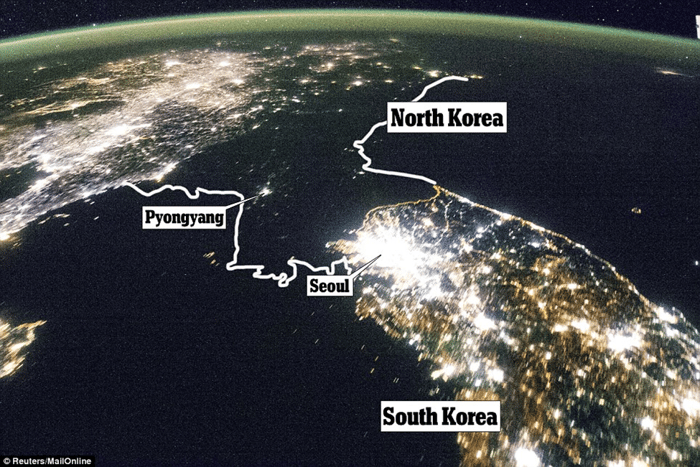 Recently, Venezuela succumbed under the failed burden of the always-alluring promise of free stuff for everyone. Venezuela is now a failed state, sparking the largest outbound immigration in our hemisphere, an unthinkable 5 million refugees – almost 20% of the country’s total population¹.

Maybe there is a pattern here? In my opinion, we can chalk up these incredible failures to one common theme: growing government meddling in the economy and the expansion of bad policies and poor incentives. My own conclusion is that excessive government involvement is a tax, and that less of a tax is a good thing for the entrepreneurs who create both jobs and value. Of course, this is contrary to Che’s central banking philosophy – but it seems, in hindsight, that he was a trendsetter among central bankers.

But still, the world of central banking is getting a lot cooler than it used to be as evidenced by an upcoming new show being developed now at Warner Brothers Television, called “The Fed.”

Apparently, the great press these “world saving” central bankers are getting has created enough interest in Hollywood to base a dramatic show on the Fed and the people who work there. Contrarians will understandably conclude that this all sounds really bearish for central banking. Given the poor historic showing of communism, which after all is central planning on steroids, shouldn’t we all be alarmed by the newly emerged rock star status of central banking? Is central banking not the central planning of the most important market in any economy, the money market?

Right now, when I look around, I can see plenty of evidence that our rock star bankers are failing us. Lumber prices are up more than four-fold. Steel prices have tripled. Corn prices have more than doubled. Home prices are soaring. These trends are a tax on real peoples’ living standards, through a higher cost of living. Do not underestimate the political damage this can cause. For instance, I would argue that the “Arab Spring” revolution that took place in Egypt was not driven by a desire for democracy but rather because wheat prices rose three-fold, and Egypt is the world’s biggest wheat importer. Again, there seems to be a pattern here. Will the people conclude that the cure for high prices is bigger checks from the government – and more central banking?

My own view is that yields are low not because of Fed repression or quantitative easing (bond buying) but rather as a late-stage disease of our bloated financial system, an overindebtedness born out of the loving care and deliberate cultivation of our central bankers. The world’s central bankers have repeatedly chosen to underwrite a flourishing ecosystem of ever weaker credits (debts.)   Each time the system threatens to collapse under their weight during the latest recession, the global central banks backstop and refinance these debts – always at lower interest rates. This is the untold story of the Crash of 1987, the Asian Crisis, the Tech Bubble, the Global Financial Crisis, and the Covid Crash. As we say in cyclical investing: lather, rinse, repeat.

Done repeatedly this process undermines the economy’s ability to reward bondholders with healthy growth and thus healthy interest rates. A diseased system has diseased interest rates. That is what you are seeing in the market today, in my opinion. Lower quality debts are not economically viable at higher interest rates, which is why higher interest rates have remained elusive and we believe will continue to be so. Therefore, in our opinion, the long-term trend has been and remains down for interest rates. Therefore, we still believe in the diversification power of bonds, especially when the historically inevitable recessions bite. Finally, this falling trend of interest rates has been a secular tailwind to equity valuations and longer-term bond prices, as the same stream of cash flow gets discounted at ever lower yields, meaning ever higher valuations. This is great fun – while it lasts.

I am used to being early in my analytical insights, but in one area I feel that I have been waiting forever, it seems. I have been waiting for investors to understand that its highly unlikely we see any central bankers repeat the proud “Volcker moment” when Federal Reserve Chairman Paul Volcker hiked interest rates to 20% to break the back of inflation, which caused a recession.

I do not think it’s reasonable to expect such Volckeresque independence given all the cumulative decades of policy decisions our central bankers made to protect ever weakening credits. The scope for higher interest rates that these bankers have is far less than almost everyone thinks, in our opinion. It is the tenuous value of these weaker credits that is running the show, and not our central bankers. Was that not the message of the lightning-fast six-day policy response time between the start of the COVID Crash and the Fed’s all-in intervention. The U.S. Federal Reserve, and its brother banks, acted almost as if they did not have a choice, didn’t they? I do not think they had a choice, frankly. And I do not think they will have a choice in the future either. This has profound implications for the length and strength of the commodity bull market now underway, that I believe in time may prove to be one of the most powerful ever.

It is our opinion that, once investors come to the same conclusions we have, that we will see a meaningful acceleration in prices in this unfolding secular bull market in commodities. Our job as a research team is to be right for the right reasons. Our investment strategy is not to wring our hands about the problems we see but rather to identify the investments we can make that we believe are solutions to these problems. We have said many times we would rather be long the solutions than short the problems.

If a higher cost of living is a future problem, because of rising commodity prices, then we think a sound strategy is to own the shares of companies that profit from higher commodity prices. This is how we try to get long the solution, to profit from the problems that we foresee. This could be commodity producers, companies that sell them goods or services, or niche opportunities that benefit from the changing world we see coming. When choosing such investments, we need to get three things right. First, the right view on the commodity. Second, the right company – with the best mix of downside protection and upside potential. Third, to judge when the time is ripe to move on from this phase of our investing strategy.

We can draw upon our research team’s deep experience in this space, and the lessons of the hundreds of cycles we have traded. Even those we have not traded, we have studied! So, make no mistake: we believe we have all the tools we need to succeed in this environment.